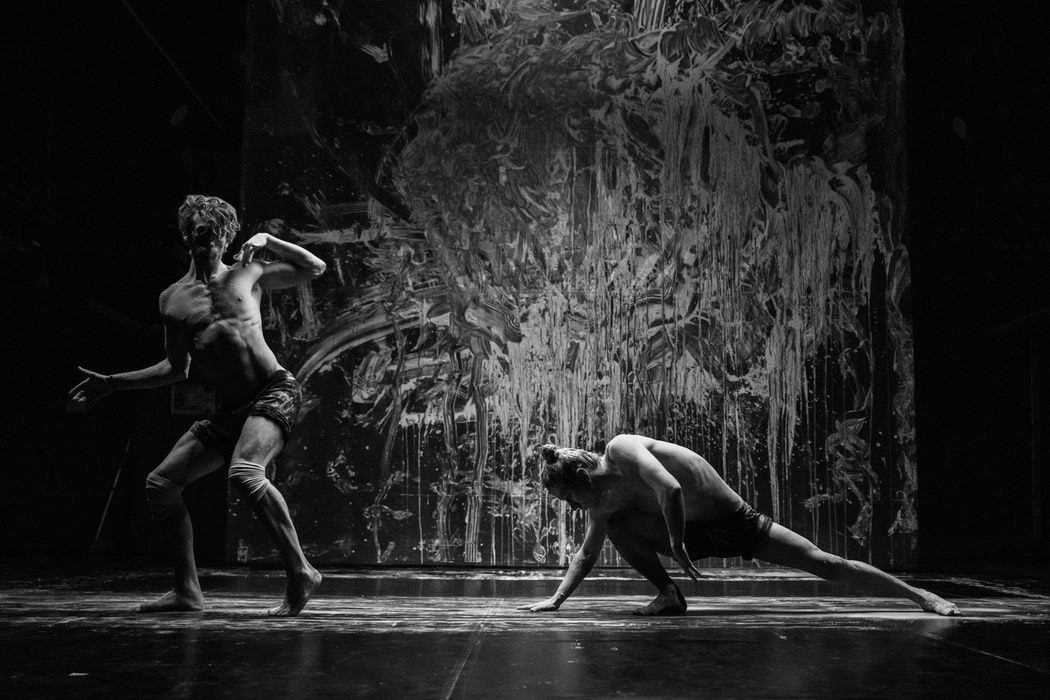 A comprehensive performance, opening windows between different art forms and qualities, takes viewers into a visual and physical world – to the fine line between the grotesque, beautiful and comical. Body Notes has its foundation in the dialogue of the arts. That manifests itself in improvisational play as well as in the seamless collaboration of movement, visual aspects, and the soundscape: none can exist … without the other..

“Body Notes is an improvisational journey to all possible stage expression forms. It feels deep in the body and soul, shakes, stretches, amuses and moves you. Body Notes is an extremely visual, clownery, butoh dance, sound art, and martial arts-driven trip to the possibilities of the human body.”
– Säkö, Helsingin Sanomat 2017

BODY NOTES combines dance, theatre and new clownery in unforeseen way. The piece has its foundation in the dialogue of arts, built on the idea of the comprehensiveness of the work. This manifests itself in improvisational play as well as in the seamless collaboration of beautifully executed movement, visual aspects, and the soundscape.

The work operates in the terrain of butoh, contemporary dance, physical mime, new clownery, visual theatre and sound art with each one commenting on the others. The ensemble’s language of movement places its trust in the present moment, improvisation, and the performer’s art that originates in the persona of each individual.

BODY NOTES is an interplay between different traditions, genres and art forms, illusions and realistic minimalism. By using these elements this all-encompassing piece takes the viewer into a visual and physical world – to the fine lines that separate the grotesque, the beautiful, and the comical.

BODY NOTES was premiered in 2017 and it was praised by the audience and art critics. The piece WAS AWARDED AS THE BEST PIECE of the International physical theatre festival in Macedonian National Theatre 2019.

“This multidisciplinary performance challenge in a fresh way the seriousness that art dance traditionally has. BODY NOTES is a painting, a poem without words, and a quirky ode for different moving and sonic bodies.” -Voima Magazine, 2017